Home
Animals
The Best Dog-Shaming Collection You Have Ever Seen!

When Pascale Lemire first caught her dog, Beau, eating her fiancé’s underwear, she didn’t realize that it would be the start of one of the most beloved dog memes the Internet has ever seen– “Dogshaming.” After Pascale and her fiancé stopped laughing over their little skivvies-eating monster, Pascale’s fiancé snapped the photo that started it all: 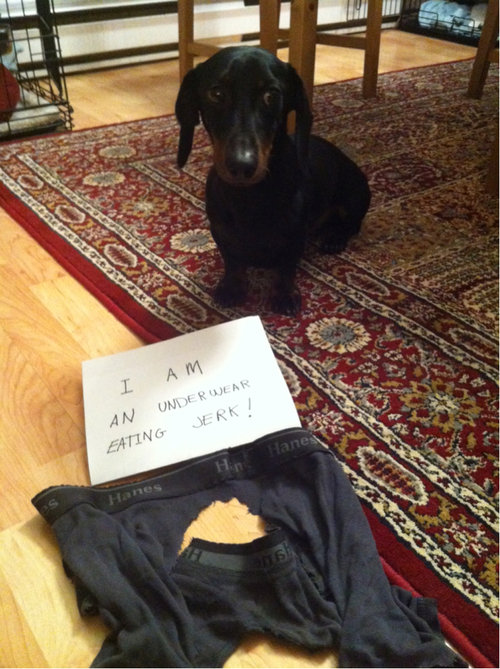 It’s been just over a year since Beau the Dachshund chomped those boxer-briefs and Pascale started the uber-famous Dogshaming Tumblr. Recently, Pascale also released the best “Dogshaming” pics in book form and we wanted to compile our favorite guilty pups to celebrate. : )

1 2Next
Prev Article Next Article